Finding Common Ground in Divisive Times:  The Power of Beliefs

Finding Common Ground in Divisive Times:  The Power of Beliefs

Why do we believe?

Where do beliefs come from?

How do we change ours or another’s beliefs?

Why are some people so steadfast in their beliefs while others seem to be more flexible?

What is it about beliefs that heighten our emotional reactions to each other?

What happens when my beliefs are in conflict with another’s?

Is there any hope to find common ground?

When I began my research on beliefs, I assumed that I would be reading a bunch of articles on the neuroscience of what parts of our brain are involved in belief making.  Although complex, this is a topic that’s near and dear to my heart that I’ve done a ton of research on already and I was looking forward to taking a deep dive into the brain!

As I read through the first several articles, I couldn’t help but take note of the irony in the timing of writing on this topic.   Currently, our country is highly divided, not only politically speaking but also as a result of differing ‘beliefs’ on how to manage this pandemic.

As I write this, we are neck-deep in an election season in the midst of a global pandemic.  A time when differing beliefs are lifted up daily in the press, on social media, in line at the grocery store or in conversations with friends and family.  It seemed timely to explore where beliefs come from and how we can better work with those that have different beliefs.

Though I certainly will not be presenting any of the differences in our countries divisive beliefs, I do think it is important to take a deeper look into how humans form beliefs, why people get so stuck in their belief systems, and how we can work toward respecting differences while at the same time finding common ground. 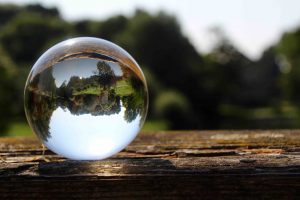 How do beliefs form?

The 5 stages of forming beliefs: How the Brain forms new beliefs

Precursor – Input – A new perception that is either unexpected, unusual, emotional or self-relevant that

Search for Meaning – Accommodate the new event into our existing beliefs

These stages point to the veracity and inflexibility of our belief systems. Our beliefs are self-reinforced by our brains need to be efficient and quick. It is no wonder we get so stuck in our beliefs even when presented with legitimate opposing information!  And this certainly sheds light on why it is so difficult to change another person’s beliefs. 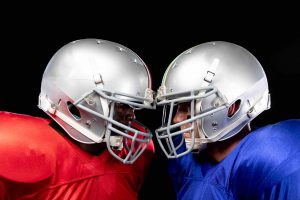 When we are with people who have similar beliefs, we reinforce each other’s belief systems.  When we are with people whose beliefs are divergent we ‘wonder what they could possibly be thinking’.  These entrenched beliefs can cause significant problems in relationships, communities, and even your own self-concept.  So, with all the strife this can cause, why are we so driven to believe?

The Drive to believe:

The brain is interested in predicting.  It doesn’t like surprises.  Those predictions become our filters.  We are in fact motivated to believe.  Our brain’s default mode is the path of least resistance.  The following are the primary 8 functions of beliefs:

The Science of Beliefs:

Research on beliefs falls into two categories, the neurophysiology of beliefs, that is what areas in the brain are involved in the generation of a belief, and the philosophical, sociological, and psychological reasons humans are driven to believe which I have discussed above. 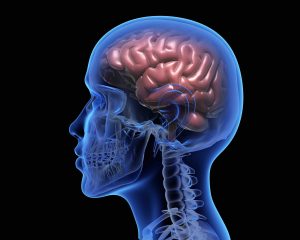 A quick down and dirty on the science.  This is my jam.  I love the why’s and how’s of the brain’s impact on thoughts, behaviors, and emotions. I will say though that the neuroscience on this is complex so I’m going to be very simplistic.

The importance here is that beliefs are neurophysiological in nature.  This means that, as with many processes in the brain, belief making is subject to neuroplasticity.  Neuroplasticity is the brain’s ability to change, making new connections, and learning new things.  It is this changing of neural pathways that allows us to change thoughts, change behaviors, and even change beliefs.

How do we change a belief? 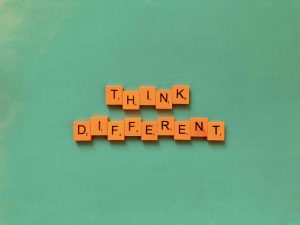 Beliefs vary in their resistance to change.  They are subject to social pressure and can be difficult to change when there is a high level of conviction and refusal to consider alternative points of view.  Humans are strongly predisposed to seek consistency.  Beliefs are included in this tendency, particularly when holding a contradictory belief threatens one’s self-esteem.

Beliefs are also highly influenced by emotional states.  We believe what we feel.  For example, dynamic and charismatic leaders use emotion to draw others to their belief systems.  This is explained by the theories of interpersonal neurobiology and social neuroscience.  These theories explain the interaction between two brains, yours and theirs or mine and yours.  Humans are social animals. We regulate each other’s nervous system through mirror neurons which ensure our interconnectivity as humans.

One of the throwbacks from our old brain survival mechanisms is the innate drive to mirror another’s emotions, particularly 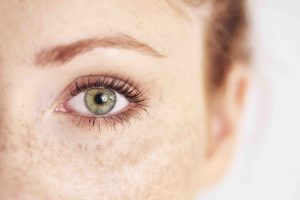 when the other person’s emotions are heightened.  Strong emotions coming from another person trigger our own limbic system, the alarm system, to go on alert.  When our limbic system is on alert, our information processing system is far less effective.  This leads us to be very influenced by the person that is delivering their message while exuding heightened emotions.  Feeling is believing.  Our higher cognitive processes are being dampened by our emotional brain.

The manipulation of beliefs happens when someone challenges your own belief with a contradictory belief that is also paired with a strong reinforcement of that new belief and a heightened level of emotion such as fear or stress.  Emotions being the root of beliefs, if you feel something strongly you are more likely to believe it.

A proposed healthier way to change beliefs: Let’s start with simply trying to understand where another person is coming from.  With your new or updated knowledge of how beliefs are formed, you can work toward common ground as a first step.  That common ground is a mutual understanding of one another.

While none of these may change another person’s belief, you retain the relationship and your own self-respect knowing you kept a cool head.  You present yourself as a rational, well-intentioned person.  You are not trying to influence a person’s limbic system, you are trying to influence their frontal cortex. 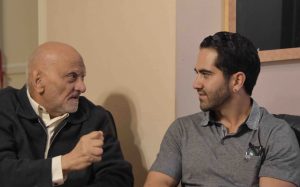 A person who is in their frontal cortex is more able to listen, compare information, and assimilate new information into their belief system.  You may only change a little at a time, or maybe you provide a seed that will grow over time. You have exposed them to ‘new information’, your perspective, and it is up to them to incorporate it or not.

Learning to work with and collaborate with people that have different beliefs can be challenging but we all have the ability to listen to one another.  In relationship counseling, we teach the concept of agreeing to disagree and finding common ground.  We teach people that it is more important to nurture their relationship than to be right. 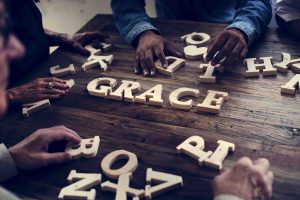 Changing our narratives as a society to one of teamwork, community, compassion, understanding, respect, mutuality and togetherness will help us all find peace, solutions, and a greater sense of control in our daily lives.

As we have been shown this year, the world is a small place.  Like no other time in history, the global community, and our impact on each other as human beings, have lifted up the innate vulnerabilities we all share. The impact we have as a unified whole is so much greater than the individual working as the lone crusader or small groups working in opposition with each other. It is not us versus them, it is not us versus us, it is just US.  We are all one. We are all human.

“Beliefs are a choice

Beliefs allow us to interpret our experiences

Many beliefs live in our subconscious

Beliefs provide a framework for our thoughts, emotions, and actions

Beliefs involve our past, present and future 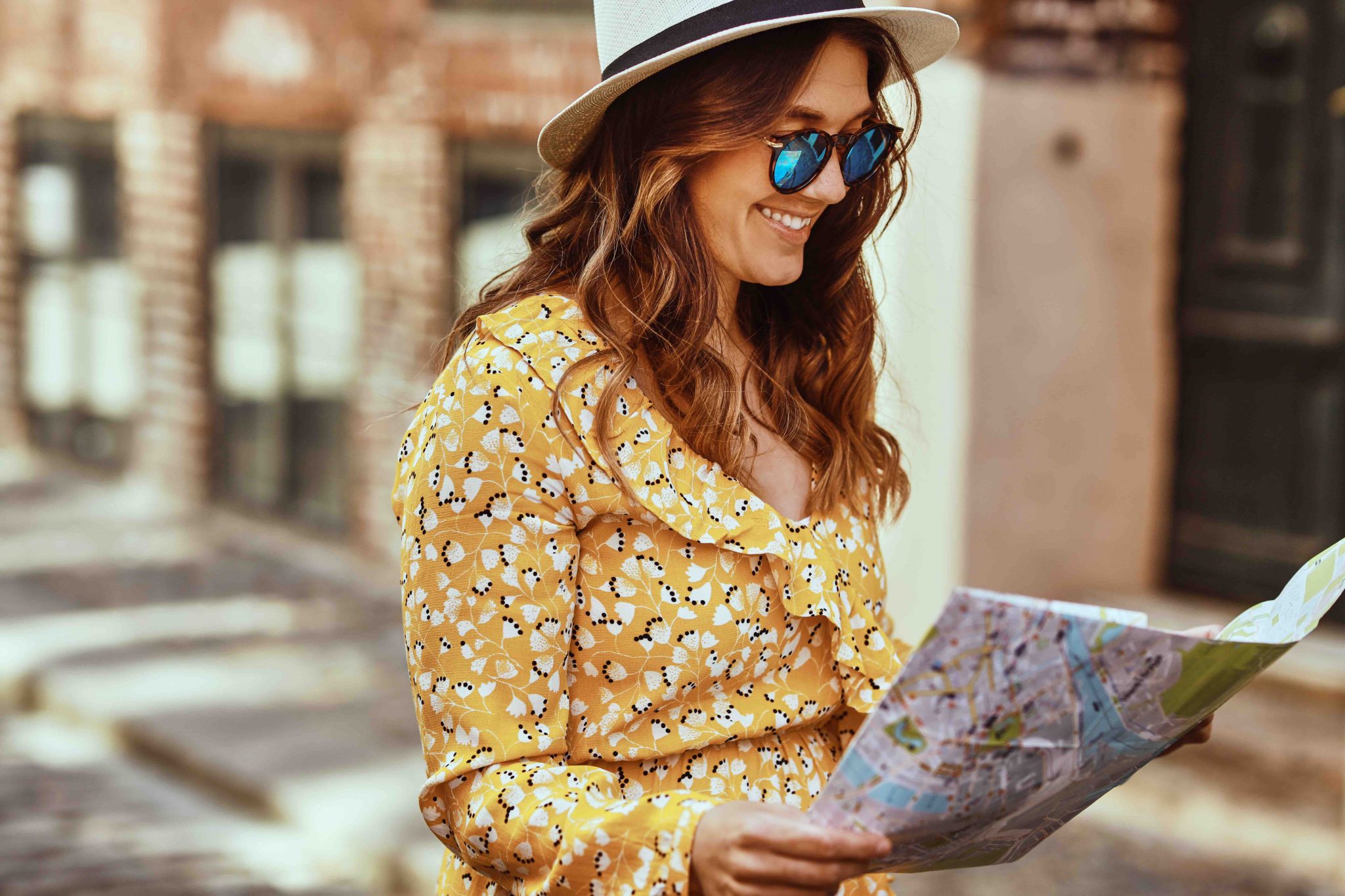 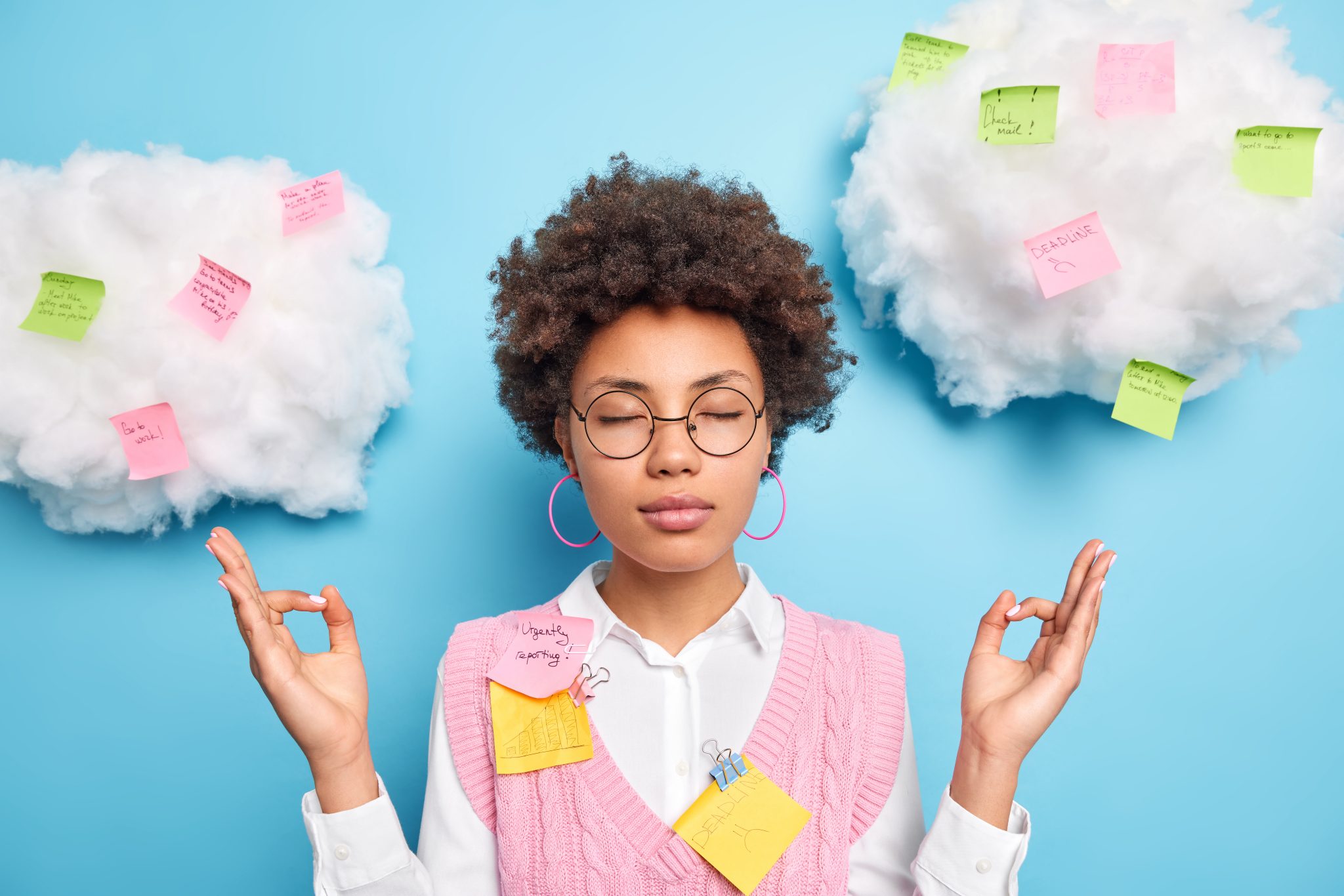 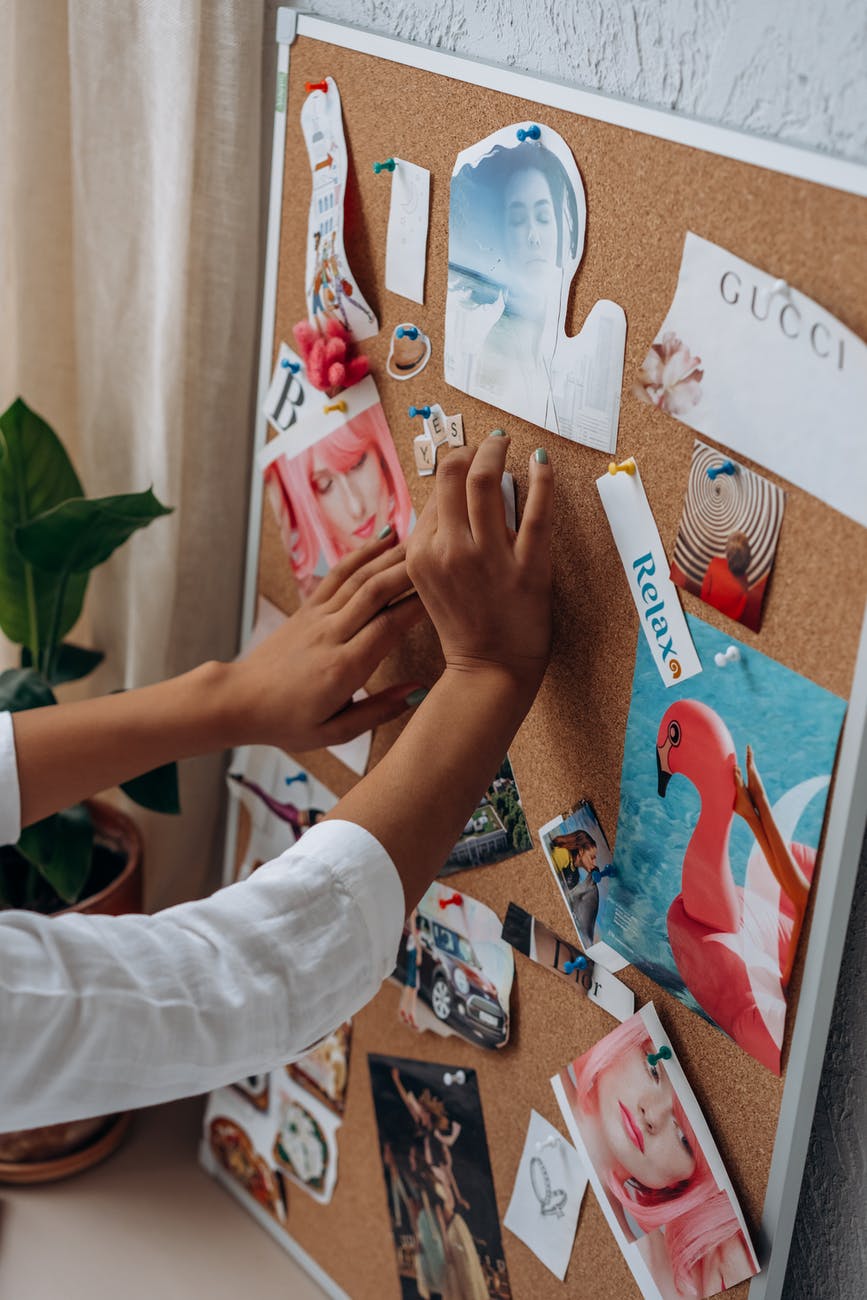 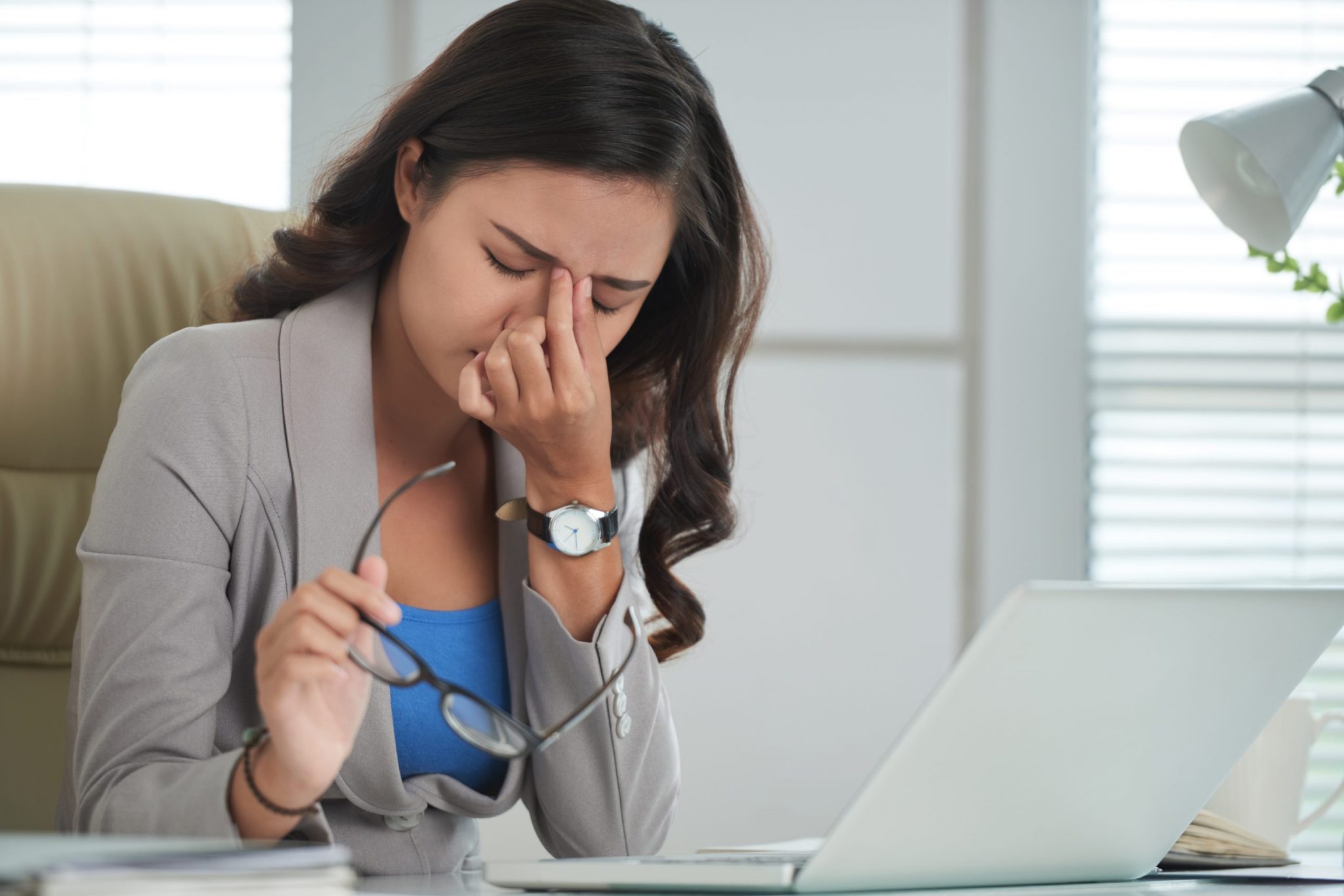 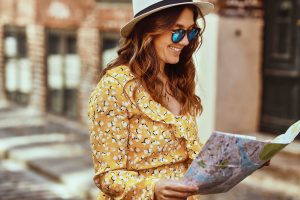 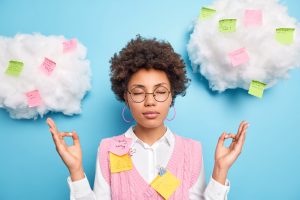 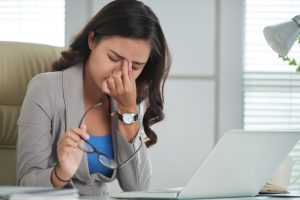